The beautiful village of Ghumli lies at the foothills of Barda and is situated 35 kms away from the city of Porbandar. Ghumli comes under the authority of the Jamnagar District of Gujarat. Recently this place has been revamped as a historical site with the endeavors of Gujarat Government and Archaeological Survey of India.

Ghumli which was earlier known as “Bhumli” was the old capital of Jethwa Empire of the Gujarat state. Ghumli was established by Jethwa Sal Kumar in seventh century AD.  Ghumli continued to be the capital of Jethwa kingdom until the year 1313. But after that the last Jethwa ruler “Rana Bhanji Jethwa” was defeated by Barmaniyaji Jadeja (a Sind emperor).

Locals believe that Barmaniyaji Jadeja saw the deity Ambaji in his dreams and she said that she gave him the consent to conquer Ghumli and also that he should erect a temple which should hold the name of Goddess “Ambaji’. Consequently, Barmaniyaji Jadeja built the temple of Ambaji on the hill and at the center of Ghumli and named it as “Ashapura Mata Temple”. Thereafter he completely demolished Ghumli and the place was converted into ruins. 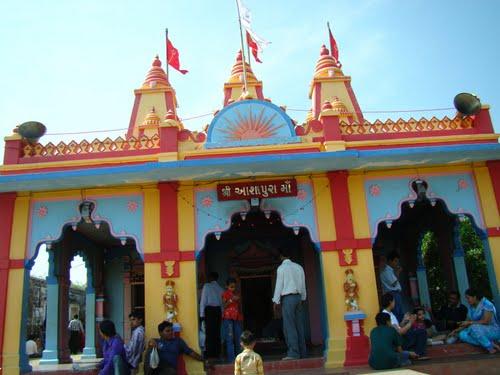 Places of Attraction in and around Ghumli

Presently, Ghumli is considered to be as the chief archaeological site of Gujarat. Some of the main attractions of Ghumli are: 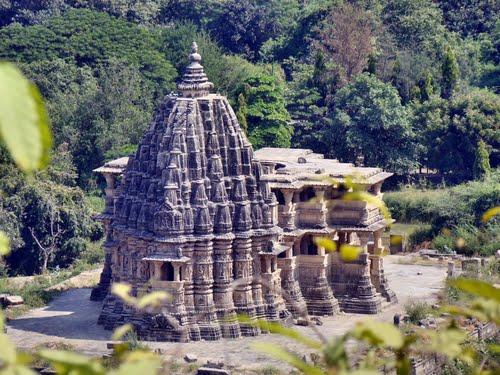 Located in Ghumli this temple is supposed to be the antique Sun temple of Gujarat.
The temple depicts the Solanki style of architecture which bears the twisted tusks of 3 elephants and it is also the trademark of the temple.

This is the largest step well in Gujarat and is located in the Ghumli village. This well was constructed by the Jethwa emperor “Vikiaji”. This step well measures approximately 60 × 40.5 square meter. The well comprises innumerable steps and string coursed carvings. 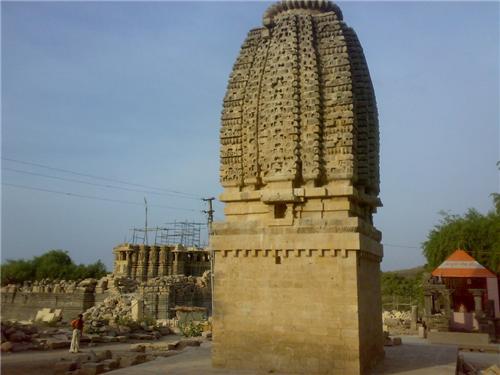 Lord Ganesha is the main deity of this temple. The temple is flocked by many devotees from all over the country to worship Lord Ganesha. The Ghumli Ganesha temple lies in the ruins of the Navlakha temple.

This temple has been erected on the Barda hills and is located near Ghumli. This temple was built by the “Pandavas”as per the legends. In order to reach this temple one has to move through the dense forests and it’s a 10 km enjoyable ride.

Tourists who are interested in trekking on the Barda hills can check out the Barda Wildlife sanctuary. Moreover, the trekkers can also have a quick look into the tribal communities like Gadhvi, Bhavad, Maldhari and Rabadi who reside on these hills. Apart from these the Rampol Gate is also worth a mention in Ghumli.

October to March is the best time to visit Ghumli.