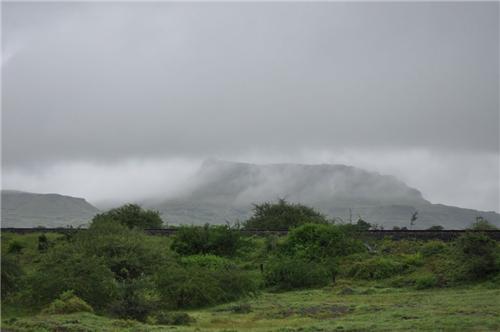 Gop is a scenic village which is situated on the road linking Porbandar and Jamnagar. Gop is famous for the Gop Hindu Temple which is located around 60 kilometers north-east from Porbandar, Gujarat. Dedicated to Lord Shiva, this temple lies on the Gop hill which is placed at an elevation of 350 meters from the ground. The temple has a shikhara or tower topped with a armalaka or circular disk. With the passage of time, today the temple is in a very dilapidated and broken-down state. There is a paved highway from the base to the hill of the temple.

Brief History of the Place

Gop Hindu Temple was built in the 6th century. It is an ancient and pre-historic temple which is believed to be constructed by the kings and rulers of the Maitraka dyanasty who ruled over Gujarat from Vallabhi during the period between 6th century and 8th century.

How to Reach Gop

Located on the Porbandar-Jamnagar road, Gop can be easily reached by road via cabs, taxi, or buses from Porbandar. Porbandar is very well linked to the major cities of Gujarat via air, railways and road transport. One can also avail the luxury bus services which connects the cities of Rajkot, Jamnagar, Ahmedabad, Junagadh etc. To reach Gop trains can also be availed from the Porbandar Railway Station which is merely 3 kms away from the city center.

Devotees from all around the country throng to the Gop Hindu Temple during the time of Maha Shivaratri. If you wish to visit the Temple, you must take care of its timings. One can visit this temple with family, friends and relatives from 6:00 am in the morning to 12:30 pm in the afternoon and then again from 4:00 pm to 8:00 pm in the evening.

Things to do in The Gop Hindu Temple

When you visit the Gop Hindu Temple, you need to to carry cameras and a lot of water. Entry is absolutely free of cost and it takes nearly 30 minutes to 1 hour to go around the temple and take adequate photographs. However, during the time of Maha Sivratri, it takes more time due to the huge crowd.

Places of Attractions in and around Gop

Since it is located very close to Porbandar, it gives the opportunity to the visitors to visit a plethora of places.  There are many religious monuments, historical sites, sanctuaries and beaches which the tourists can visit while they are in Gop. The Kirti Mandir is undoubtedly one of the most sought after places in Porbandar which is very close to Gop. Other important tourist attractions near Gop include the Sudama Mandir, Rokhadia Hanuman Temple, Sandipani Vidsniketan, Bharat Mandir, Chowpati, Bird sanctuary, Barda Sanctuary and the Nehru Planetarium.

One can reach Porbandar from Gop very quickly using the Porbandar-Jamnagar road. Some of the well-known hotels are Hotel Flamingo, Hoter Indraprasth, Gujarat Tourism Bunglow, Hotel Anil, Nilam Guest house, Hotel Moon Palace etc. that are recommended for the tourists for a comfortable stay.