Located in the coast of Gujarat, this port city has always been an important source of connectivity between India and the outside world. Being the birthplace of the father of nation, Mahatma Gandhi, Porbandar has forever been a city of immense historical importance. It has also been the home of Sudama, the childhood friend of Lord Krishna. This city has enriched cultural heritage and filled with several forts and monuments. It has thus been a center of attraction for the tourists. Some of the well-known monuments and forts of Porbandar are: 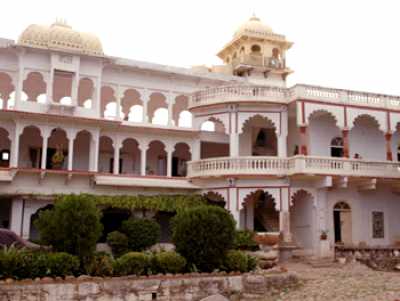 At the highest point of the city lies the Darbargadh fort which is a fortified palace built by Rana Sartan Ji. The fort is a three-storey building built on a high plinth and is approachable by Darbari Bari. Darbar Bari is a traditional Jharoka with four statues of elephant at its brackets. It is a small entrance gate. The other two smaller gates are the Bhimji Bari and the Sati Bari.

This building has a grand gateway entrances and its structure resembles that of the design of a jewellery box. It also has ornamental facades carved with varieties of designs of geometrical patterns. There are four gates of grand structures namely, the Kathiawadi Darwaja on the east, Halar Gate on the north, Porbandar Gate towards the west, and the Junagadh Gate leading to the south. 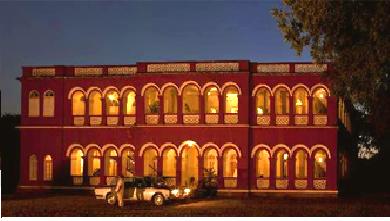 It is a grand pavilion built by Maharana Sartanji and an excellent exhibition of Rajputi art. It is a summer pavilion composed of fine arches, domes and exquisite pillars. The four parts of the pillars symbolize the seasons and also known as the Sartanji Choro.

The wonderful evidence of European architectural style is Huzoor Palace located at the extremity of the Marine Drive. It was constructed by Natwar Shah. The palace has a wonderful garden with water fountain adorning its beauty. The palace is built on neo-classical pillars with a zigzag structure along with balustrade terraces and tied timber roofs on its top. The large windows and entrances enable you to have a wonderful look at the Arabian Sea. 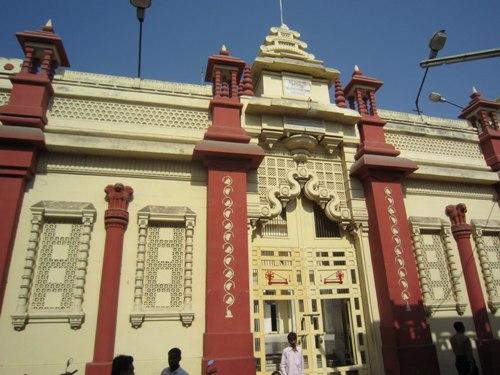 Kirti Mandir is a memorial temple in Porbandar which was built in the honor of Mahatma Gandhi. The building of this memorial is in an E-shaped pattern. Its structure comprises of domes, terraces and balconies. This monument is an ideal example of Hindu architectural form with a 33 feet sikhara and marble flooring. This is adjacent to the house of Mahatma Gandhi which is also a great specimen of Indian history.

The House of Mahatma Gandhi 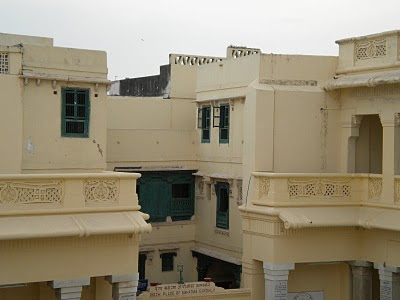 Very near to the Kirti Mandir, lies the ancestral house of Mohandas Karamchand Gandhi, the man who has contributed highly to the independence of our country. Bapu, who fought desperately for India’s independence was born in this house. Hence, historically this building is of great importance. It is a three storey building which looks almost like a haveli and was purchased by Gandhiji’s grandfather around 200 years back. It has been preserved as a memorial whose renovations were completed in 1950 by Shri Nanji Kalidas and Shri Purushottam Mistry. 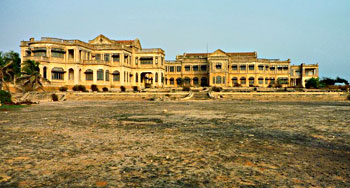 After a small walk from Huzoor palace, the Daria Rajmahal built by Maharana Bhav Sinhji is located.  This building is a unique blend of architectural admixture of Arabic, Indian, Gothic, and Renaissance arts. It is crowned by a tall tower that gives a beautiful access to the marvelous view of sea and beach. It has now been converted into a college.

In 1927 this was built by Maharaja Natwarsinhji. It was built under the Rajput’s influence. It is a two storey building with wonderful carving on the walls demarcating the lavishness and classical essence of the time. The works on the walls of the monuments are done in Rajputana style.

Thus the Porbandar city is itself a place enfolded with beauty of traditions and historic importance. This place is filled with monuments and forts that have been forecasting the glorious past of India. The various spots situated in the city have given it an important position in the pages of history. And if you want to experience their beauty and the history associated with each of it, it is better to visit the city.