The port city of Porbandar has an old history. It is characterized by multiple cultures. The city has evolved through a course of incorporation of traditions through ages from as long as the 10th century till now. The history of Porbandar, through archaeological excavations reveal the presence of this port city even during the ancient civilization that existed during the Harappan time. The old jetties which have been discovered near Porbandar’s creeks tell that the city was a busy port even during the historical times. 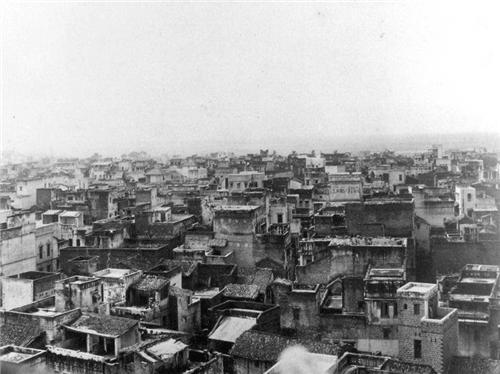 Porbandar Gets It's Name

Some say that Porbandar got its name from the grouping of two words. The first of them "Porai", which is the name, of a local deity, and "Bandar" which means a port or a harbour. Thus the name 'Porbandar' means 'Porai's harbour'. Many other sources call this area 'Pauravelakul'. The olden name may translate into 'land of the Porai's clan'.

According to accepted folklores, Porbandar was recognized as Pauravelakul during the 10th century. It was later renamed as Sudamapuri following the name of a childhood friend of Lord Krishna. It is situated on the western side of Saurashtra where the Asmavati River flows into the sea. It has compled the journey of one thousand years on the day of Rakshabandhan, in the Vikram era of 2046. It is believed that the foundation of Porbandar was laid on Rakshabandhan day.

Porbandar was an affluent port city even during the Mughal rule. Since then it has retained its glory and significance as a seat of all maritime activities and trade. Porbandar was once the capital of the Jethwa Rajput clan. These rulers ruled over the area for almost 1200 years. Porbandar was an affluent town and a flourishing port due to the thriving maritime trade even during the Mughal period. It was attacked by the Portuguese in the competition of achieving pre-eminence over sea trade during 1531 AD.

The magnificence of the port attracted the foreign races such as the Portuguese to get control over it. The port was attacked by them in 1531 AD. The battle for attaining supremacy persisted over a stretch of time. However in 1807 AD, with British interference and the Walker Treaty which was signed at that time, the battle saw its conclusion. This started and helped the development of the port city as trade links established later with the Gulf and countries in Africa. The city celebrates its birth anniversary on the day of Raksha Bandhan.

The status of Porbandar today is credited to its association with Gandhiji, the Father of the Nation. This city is famed as being the birthplace the great freedom fighter and patriot. Gandhiji was born in the year 1869 AD. The residence of  Mahatma Gandhi within the city limits has boosted the number of visitors to Porbandar.

Being a place of historical importance, quite a number of tourists are attracted to the city every year. The tourists require information regarding transport facilities as well as places of sightseeing around the city. By air Porbandar is well connected to Mumbai by daily service offered by the Jet Airways. By train the city of Porbandar  is well connected to Mumbai, Ahmedabad and many others by regular trains that run daily. The city is connected to nearby areas of Gujarat and other states by State buses, ordinary as well as luxury buses and hired vehicles.

Explore more about History of Porbandar