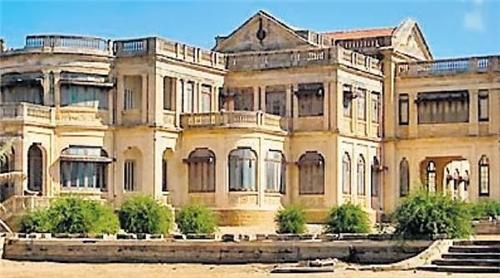 Porbandar formerly belonged to the Jewtha Rajputs during the mid-sixteenth century, under whose reign some marvelous developments had been done which at present have become the tourist attractions for all. However, the attractions are available in abundance within the place. The city boasts of some famous and renowned temples along with the palaces built with dignity and royalty. Huzoor Palace is the most interesting and attractive of all. As the name suggests, it was built for the Huzoors which means the royal kings. And it is evident from its magnificent construction.

Counted as one of the most sought after tourist spot in Porbandar, Huzoor palace is located along the Arabian Sea. Constructed on an enormous campus, this sprawling structure depicting a European styled mansion is thronged by large number of visitors from across the world throughout the year. The great work was an endeavor by Natwar Shah, a princely ruler of the place. Situated on the Marine Drive’s end, this extensive construction is surrounded by water fountains and adorable gardens. The palace directly faces the sea surface and hence the enchantments of the sea’s beauty can be viewed perfectly while standing on the palace’s sprawling area.

The Architecture of Huzoor Palace

The Jewtha ruler, Natwar Shah built this massive structure in early 20th century with great European style architecture. The palace houses various wings in a zigzag formation creating enough and splendid spaces for the rear courtyards and numerous forecourts. Further, the spaces were used for decorative gardens and eye-catching fountains. The edifice reflects modernity topped with trussed timber-roofs and fencing terraces. This beautifully built windows and wings horizontally arranged with sloping roofs offer a marvelous and panoramic view of the facing sea and beach. To accentuate its glory and grandeur, the neo-classical pillars and the semi-circular designed porticoes mark the magnificent palace’s entrance from different sides. The beauty is simply heart winning. 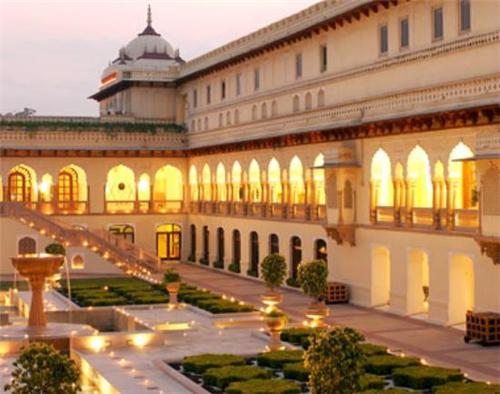 The interior of the building is equally mind blowing. The elegant dining room with classy pink coloration, the Art Deco chairs and tables, the Maharani’s music room with musical glamor in each corner depicts a wonderful traditional and ornate European culture. The sumptuous furniture especially the adorable chandeliers captivates the eyes. The maharaja has manifested every bit of royalty in the palace’s architectural setup.

The Splendor of Huzoor Palace

The picturesque view of the approaching sea, the scenic beauty, and the alluring architecture give a breathtaking environment to the visitors at Huzoor Palace. The gigantic structure rambling with a widely spread blooming and flowery garden at the sea edges brings nature and man-made buildings together. Built during the Jewtha reign, the palace’s beauty has not deteriorated at all, thus making a visitor nostalgic about the past era. Both the tourists and the locals owing to its location on the seaside visit this Palace to treasure Indian heritage, with warmth and affection.

Places to visit near Huzoor Palace

Porbandar beach and Darbargadh fort are the two main attractions near the Huzoor Palace that the tourists can check out while visiting this splendid palace. Both are situated at a distance of about 1 meter from Huzoor Palace.